January has always been my least favorite month. The joy of the holidays are over and the cold weather turns me into a hermit. Truth be told, I’ve been in a funk for the last two weeks dreading this day. An arctic blast has blown through town and iced over my emotions. I want to stay in bed all day with my puppies and pull the warm covers over my head. That’s not the way life works. Life and time marches on whether you are marching along with it or hiding under a blanket.

It’s been one year since we lost our Gloria. One year since my heart was broken. A total of 365 days since I felt like a sobbing zombie being wheeled back into an operating room, forced to say goodbye to my child before I ever had a chance to say hello. Twelve months of trying to healing my mind, body and soul.

I know the experience of losing Gloria has changed me for the better, but it still stings like hell. There’s still nothing I wouldn’t do to have her here today. I’d give anything to be with her for just a few moments and hold her sweet face in my hands and tell her that I love her. My heart will always ache for her.

Tonight I decided to watch the pilot episode of This Is Us with my oldest stepdaughter.  Towards the end of the episode, after helping Rebecca deliver two healthy babies, the doctor then has to deliver the bad news to Jack that the third baby had passed. During their talk, Dr. K shares the wisdom below.

Dr. K: “We were married 53 years. Five children, 11 grandkids. But we lost our very first child during the delivery. The reason I went into this field, truth be told. I have spent five decades delivering babies. More babies than I can count. But there is not a single day that goes by that I don’t think of the child I lost. And I’m an old man now. I like to think that because of the child that I lost, because of the path that that he sent me on, that I have saved countless other babies. Yeah. I like to think that maybe one day you’ll be an old man like me talking a younger man’s ear off, explaining to him how you took the sourest lemon that life has to offer and turned it into something resembling lemonade. If you can do that, then you will still be taking three babies home from this hospital. Just maybe not the way you planned.”

This year has definitely not turned out the way that I planned. We didn’t get to take home our baby from the hospital. And I definitely didn’t count on being the one in our house to do the majority of the crying this year, but I was. I thought I’d be the one consoling, not needing to be consoled. But I have also realized that all children change us, whether they are in our arms or in our hearts.

Thank you to everyone who has helped to keep the memory of our angel alive. Thank you for the kind words, prayers, hugs, and shoulders to cry on. Thank you for sharing your stories with me and being a friend.

The year 2017 started off giving us the sourest lemon that life has to offer. Thank you for helping me to turn it into something resembling lemonade. This year is looking much sweeter already.

← Feeling Butterflies
Boundaries of a Woman → 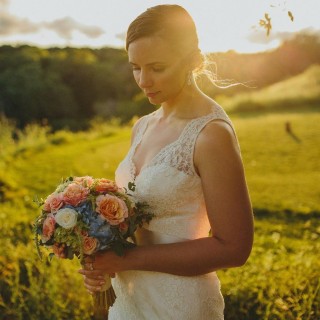